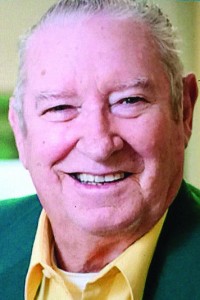 Another of member passed away, the father of Debby Kay, who currently serves in the kitchen. His wife, Mildred, died on July 17, 2014, and they first joined the Fredericksburg Seniors in 1989. Billy also would serve from time to time in the kitchen, too!

Born Oct. 15, 1929, he served in the U.S. Army during the Korean Conflict. He worked for many years at the FMC plant, before it closed, and he retired from Fort A.P. Hill. He was a member and longtime Tiler of Kilwinning-Crosse Masonic Lodge 2-237 AF&AM, a Shriner, a lifetime member of the Bowling Green Volunteer Rescue Squad and a faithful member of Milford Presbyterian Church.

A funeral will be held at 2 p.m. Saturday, Dec. 26, in the chapel of Storke Funeral Home, Bowling Green. Burial will follow in Greenlawn Cemetery. The family will receive friends at the funeral home two hours prior to the funeral.

In lieu of flowers, contributions may be made to Milford Presbyterian Church.

Online condolences may be left for the family at storkefuneralhome.com.